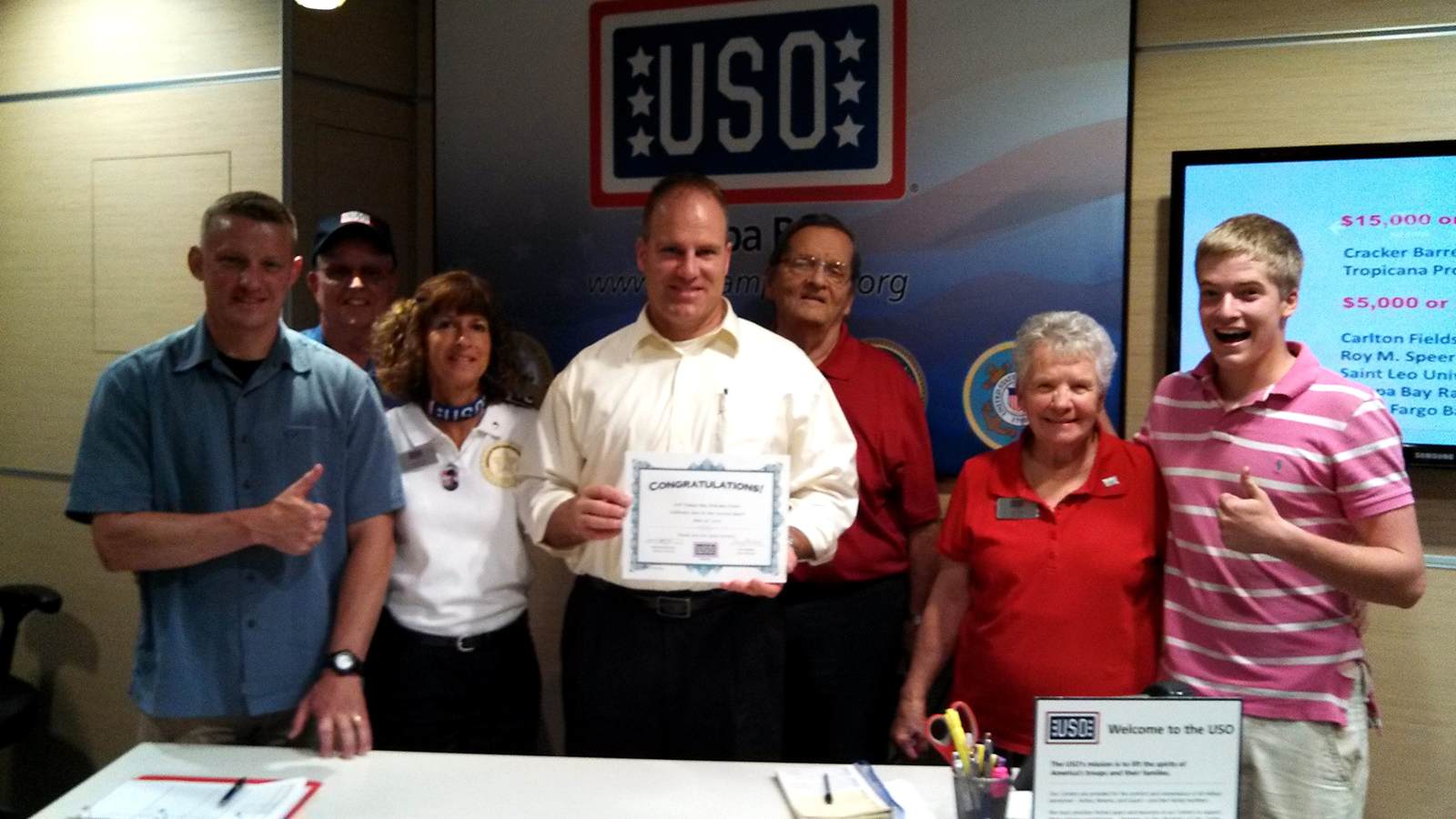 Less than 10 months after its Grand Opening, the USO Tampa Bay Welcome Center at Tampa International Airport served its 10,000th visitor, Lieutenant Colonel Thomas Dunn of the United States Marine Corps, on Friday, June 14. Dunn is one of the thousands of military travelers and their families to find a “home away from home” at the USO.

The Lieutenant Colonel, who works at Marine Corps Headquarters in Washington D.C., was traveling back to D.C. after being on temporary duty at USCENTCOM at MacDill Air Force Base. Dunn has visited many USOs throughout his 23-year career.

“I’ve always been a huge fan and supporter of the USO and make a point to visit as many USOs as possible,” Dunn said. “It’s a place with friendly people that puts you a little closer to home. One time as a Lance Corporal, I was stranded overnight at an airport with no money and nowhere to go. The USO was there to give me a place to sleep and food to eat. It’s the one place you can go where everyone speaks the same language.”

The USO Welcome Center at Tampa International Airport is the hub from which all USO Tampa Bay programs and services are delivered to the Tampa Bay area military throughout the year. In support of the USO’s mission to lift the spirits of America’s troops and their families, USO Tampa Bay will soon be opening a USO Day Room at the James A. Haley Veterans’ Hospital.