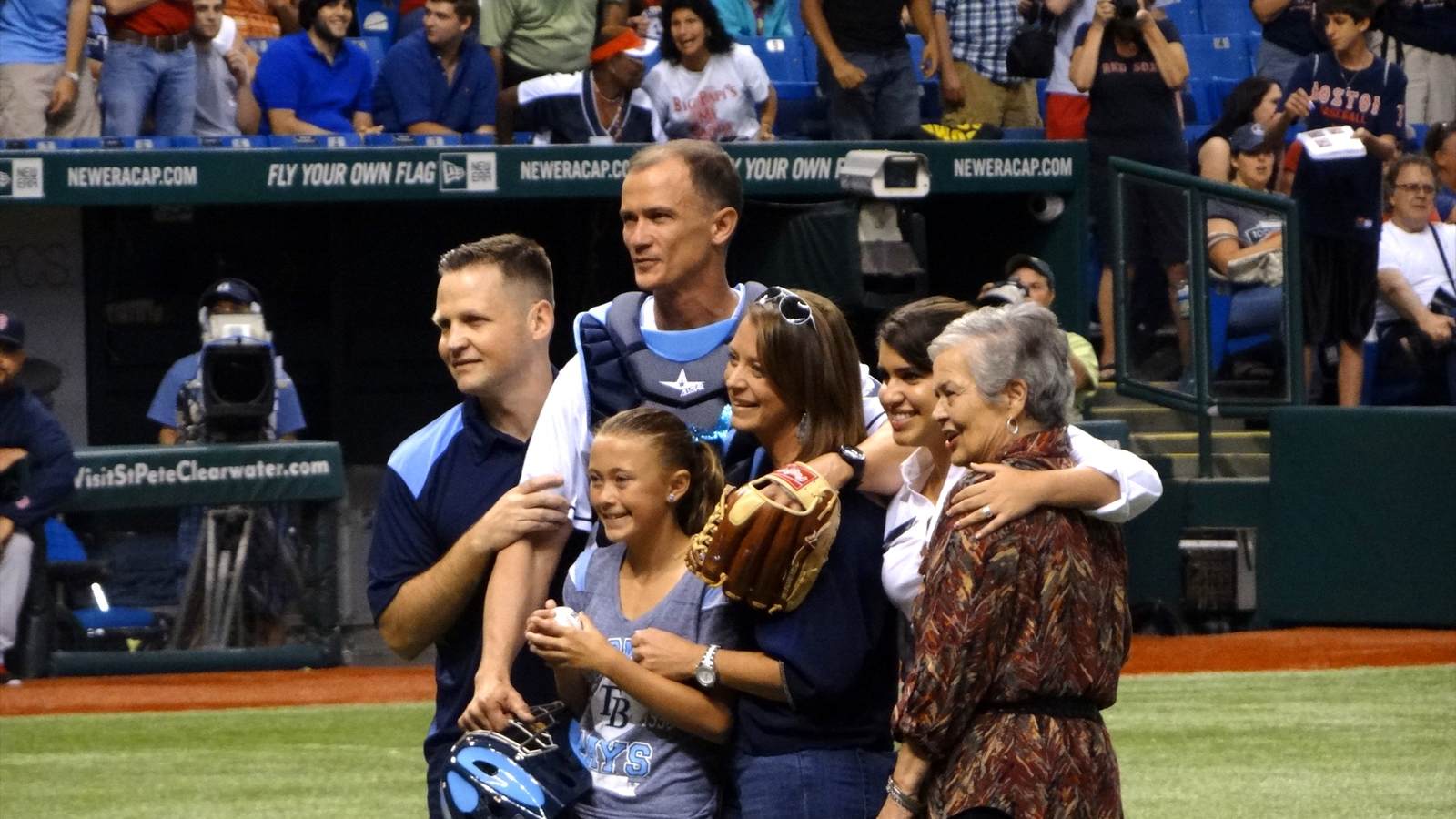 Last Thursday, the USO of Tampa Bay teamed with the Tampa Bay Rays to orchestrate a military family reunion that will be remembered for a long time. Lt. Col. Will Adams – dressed in a Rays uniform and catcher’s gear – caught the ceremonial first pitch from his unassuming daughter before the Rays game against the Boston Red Sox at Tropicana Field in Tampa, Fla.

It took Alayna Adams, 9, just a second to register who she’d thrown the ball to after her father took off the mask at home plate.

Dana Adams, Will’s wife, wasn’t in on the surprise either. She quickly joined them on the field.

According to USO of Tampa Bay Executive Director Mike Rovinelli, the reunion was the brainchild of USO of Tampa Bay President Walt Lamerton. Lamerton – along with other USO of Tampa Bay board members – worked with the United States Central Command at MacDill Air Force Base, Fla., to identify a service member who was returning early from an Afghan tour.

Once they identified Adams, they had to work out the logistics and keep him under wraps for 24 hours before the big unveiling. The lieutenant colonel actually arrived back in the U.S. on Wednesday night and was treated to dinner by the USO of Tampa Bay and given a complementary room at the Holiday Inn Express at Tampa/Rocky Point Island.

Meanwhile, USO of Tampa Bay board members and staff worked to make sure the rest of the Adams family was on board, enlisting Alayna’s school principal to make sure she accepted the invitation to throw out Thursday’s ceremonial first pitch with Dana in attendance.

“It turned out fabulous,” Rovinelli said, adding that he knew of people as far away as Shanghai who’d seen the now-viral video clip.