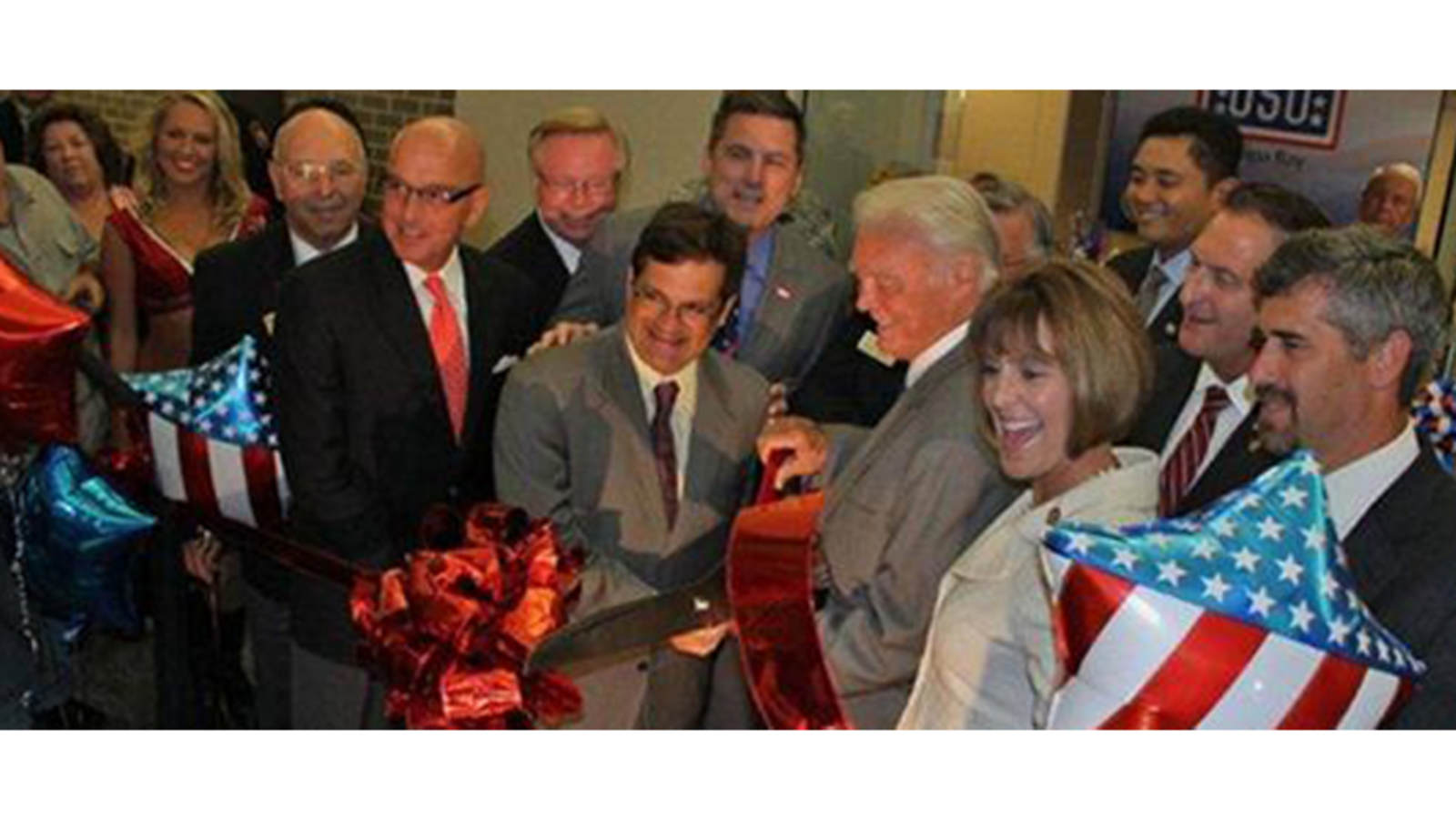 After breaking ground earlier this year, USO Tampa Bay, Inc. cut the ribbon and opened the doors to its new center on Thursday, September 6, 2012. USO Tampa Bay is now ready to serve more than 300,000 troops and military family members that transit through the Tampa International Airport each year.

“We could not be more excited and proud to finally open the doors to USO Tampa Bay and begin serving our nation’s troops and their families – those who sacrifice so much for our country. At USO Tampa Bay, they will find a comfortable place to rest their head, put up their feet or grab a snack or drink. They will find a home away from home. We are happy to be able to serve those who serve us and we’re grateful for the support of the Tampa Bay community,” said Walt Lamerton, Board Chair of USO Tampa Bay, Inc.

Vice Chairman of the Board of Tampa International Airport Robert Watkins echoed Lamerton’s gratitude and appreciation of the USO and our servicemen and women.

“The USO Center here at our airport allows us to give back to our military and to MacDill [Air Force Base] and clearly demonstrate our appreciation for their military service. Bringing the USO Center here has been a labor of love by the airport team and our supporters. They had the vision and the perseverance to make it a reality. Today we are celebrating those efforts.”

Much anticipation surrounded the opening of the new USO Tampa Bay Center. A part of the Tampa International Airport’s $30 million main terminal modernization project, the USO Tampa Bay Center came to fruition after two years of hard work and dedication by the local community. Tampa International Airport CEO Joe Lopano emphasized the significance of the USO as part of the project.

“With MacDill Air Force Base here in Tampa, the military is a key piece of our community fabric,“ Lopano said. "All of our service men and women, their families and veterans should be welcomed to the airport as the heroes that they are. The USO allows us to do that.”

Located on the third floor of the Tampa International’s main terminal, USO Tampa Bay is open 15 hours a day from 6 a.m. to 9 p.m., seven days a week. The new center provides classic USO programs and services such as Internet and phone access, laptops, snacks and beverages. United Through Reading’s Military Program, which allows troops to record a DVD of themselves reading a book to their children or other family members back home and sent to their loved ones, will be available in the near future.

On behalf of the USO Centers, staff and volunteers worldwide, USO Senior Vice President of Operations Alan Reyes welcomed the USO Tampa Bay Center and expressed his thanks to all those involved in the center opening.