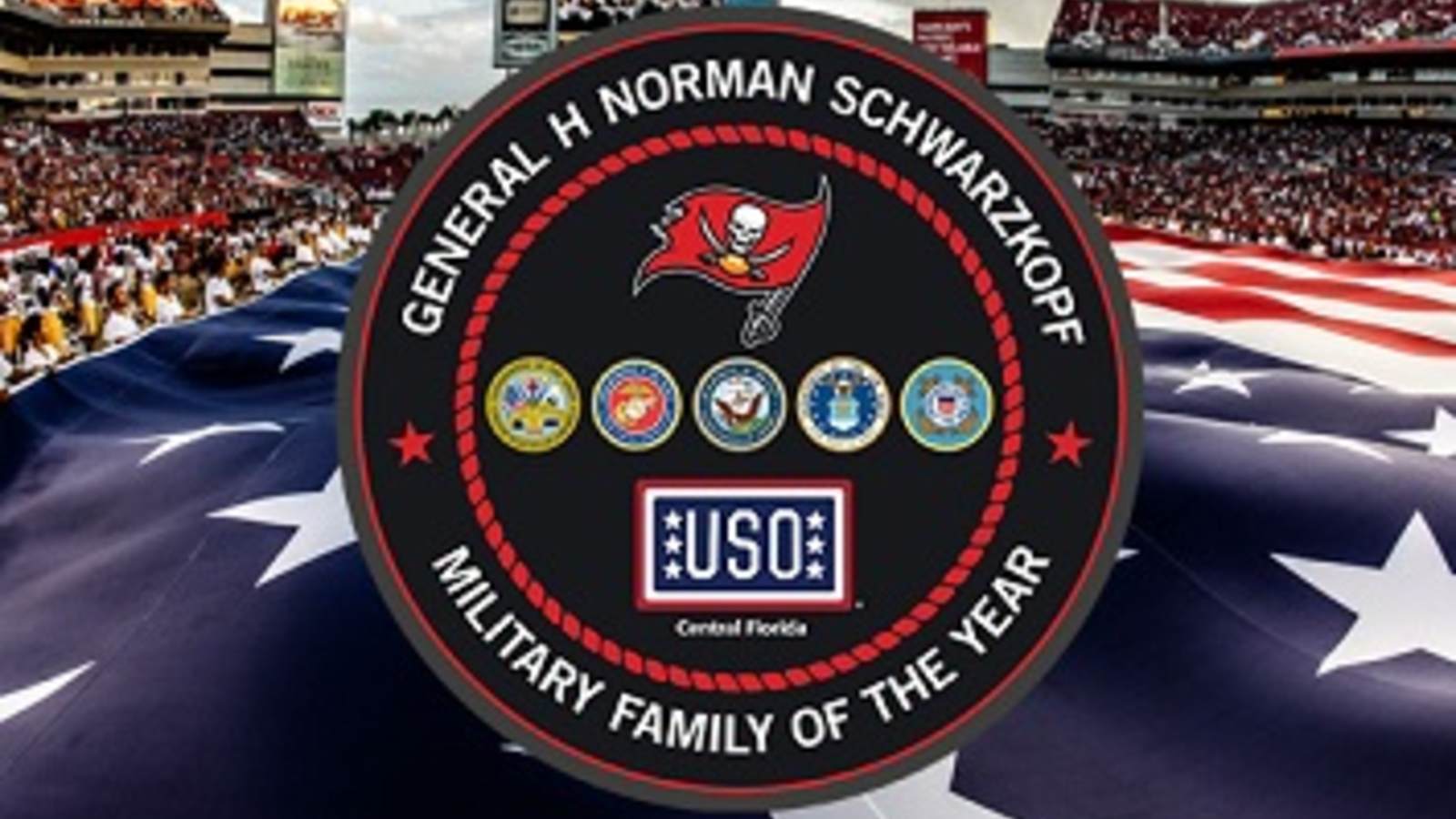 USO Central Florida and the Tampa Bay Buccaneers are proud to honor our local active duty military and their families for their sacrifice, service and commitment to our country. This is why we have established the General H Norman Schwarzkopf Military Family of the Year Award to honor military families in the Bay Area.

The General H Norman Schwarzkopf Military Family of the Year Award will honor a local family from each branch of the military (Army, Marine, Navy, Air Force, Coast Guard, and National Guard/Reserves) who has demonstrated the values of integrity, courage, commitment and service before self while sharing in the sacrifices of service to our country.

“Throughout his 35 year career in the Army, my husband’s highest priority was taking care of our nation’s soldiers, sailors, airmen, marines and coast guardsmen,” says Brenda Schwarzkopf and Family. “If you were to ask anyone that knew him well, they would tell you that the only thing he held to equal importance was to also make sure their families were taken care of. He understood the integral part the family plays in our armed services system. That being said, there is nothing I can think of that does more honor to his memory than to have military families recognized for their support and service with an award bearing his name. I would like to thank the Tampa Bay Buccaneers and the USO Central Florida for honoring my husband and our family in this way, but more importantly, I would like to thank them for their ongoing and tireless support for our military personnel and their loved ones.”

Nominations are now being accepted on Buccaneers.com/salute. The deadline for online submission is Friday, April 10, 2015. Winners will be honored on Friday, May 15, 2015 at the Military Family of the Year Reception at One Buccaneer Place.