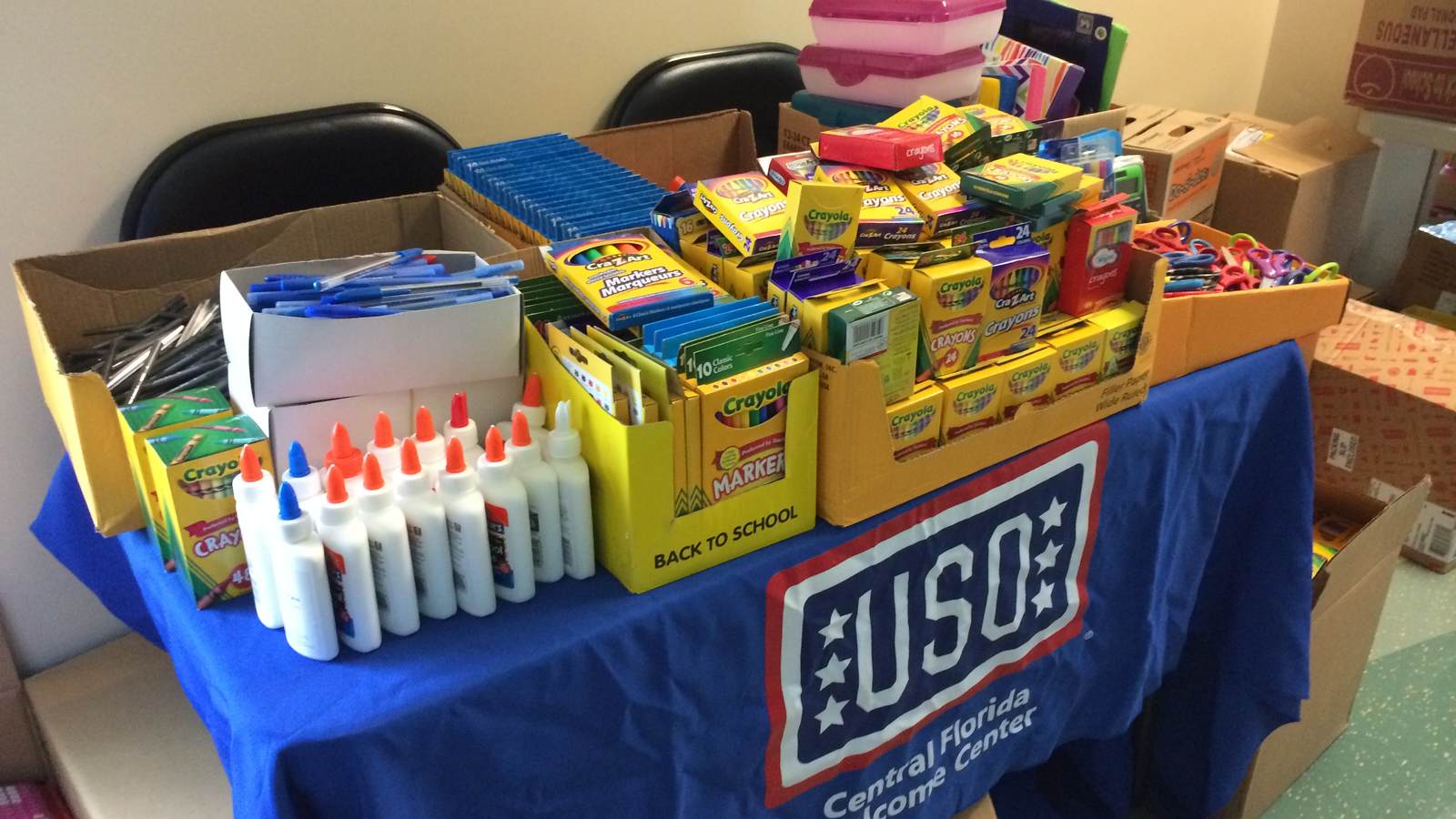 A short three weeks before MacDill Air Force Base’s annual Back to School Fair, USO Central Florida received a phone call stating that the funding usually available to purchase school supplies for military families was no longer on the table. With over 600 military children expected to attend the Back to School Fair, the USO rallied community partners and local citizens to gather school supplies for our little military heroes.

What tremendous support was shown by the Tampa Bay community! PDQ, Beef O'Brady’s and Burger Monger hosted fundraiser nights at their restaurants, WestShore Plaza donated Visa gift cards, Walmart in Oldsmar hosted a weekend “Fill the Bus” event and Kmart in Brandon presented the USO with a $1,000 gift card to help purchase supplies. Tampa Bay Paralegals and the Marine Corps League were among other donors who funded this project.

The funding, plus school supply donations from individuals in the community, created quite an impact! USO volunteers handed out over 9,000 supplies at the Back to School Fair on July 26th and over 1,500 more at Coast Guard Air Station’s Coast Guard Day on August 4th. A huge thank you to Tampa Bay’s military supporters for making this last-minute, inaugural USO Back to School Drive a whopping success!